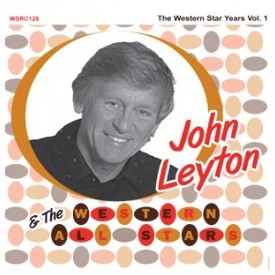 Iconic British singer John Leyton enjoyed a string of top ten smash hits in the early 1960s before turning to the movie world where he again scored massive success with key roles in blockbusters such as The Great Escape and Von Ryan's Express.
This release gathers his recordings made at Western Star Studio.